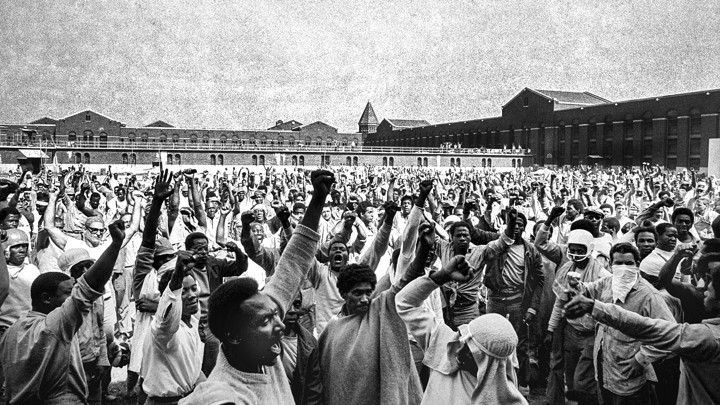 Haymarket Books stands in solidarity with all those resisting police violence, mass incarceration, and the racist carceral system. Our Haymarket Books Against Policing & Mass Incarceration reading list is currently 40% off. Get a free Ebook (where available) and free shipping on orders over $25 inside the US.

Featuring a new introduction by the author, Angela Davis: An Autobiography is a classic account of a life in struggle.

A revolutionary collaboration about the world we're living in now, between two of our most important contemporary thinkers, writers and activists.

At a political moment when Liberatory Harm Reduction and mutual aid are more important than ever, this book serves as an inspiration and a catalyst for radical transformation of our world.

What if social transformation and liberation isn’t about waiting for someone else to come along and save us? What if ordinary people have the power to collectively free ourselves? In this timely collection of essays and interviews, Mariame Kaba reflects on the deep work of abolition and transformative political struggle.

This timely and urgent book shows how a youth-led political movement has emerged in recent years to challenge the bipartisan consensus on punishment and looks to the future through a redistributive, queer, and feminist lens. Murch frames the contemporary movement in relation to earlier struggles for Black Liberation, while excavating the origins of mass incarceration and the political economy that drives it.

An urgent and accessible analysis of the key structures of state violence in our world today, and a clarion call to action for their abolition.

In this urgent and incisive collection of new interviews bookended by two new essays, Marc Lamont Hill critically examines the “pre-existing conditions” that have led us to this moment of crisis and upheaval, guiding us through both the perils and possibilities, and helping us imagine an abolitionist future.

“Keeanga-Yamahtta Taylor's searching examination of the social, political and economic dimensions of the prevailing racial order offers important context for understanding the necessity of the emerging movement for black liberation.” —Michelle Alexander

The Torture Machine takes the reader from the 1969 murders of Black Panther Party chairman Fred Hampton and Panther Mark Clark—and the historic, thirteen-years of litigation that followed—through the dogged pursuit of commander Jon Burge, the leader of a torture ring within the CPD that used barbaric methods, including electric shock, to elicit false confessions from suspects.

On April 18, 2015, the city of Baltimore erupted in mass protests in response to the brutal murder of Freddie Gray by police. Devin Allen was there, and his iconic photos of the Baltimore uprising became a viral sensation.

Explores the reality of US police violence against Black, Brown and Indigenous communities.

An evocative, affecting play on the horrors of mass incarceration written collaboratively by prisoners who have experienced it first-hand.

A collection of intimate portraits told directly by people whose lives have been devastated by solitary confinement in America.

This collection explores the reality of justice, which has always stood in contrast to the rhetoric about equal rights under the law.

This children's book tells the story of a father and daughter whose love cannot be broken—even when prison bars separate them.

Intimate portraits of four exonerees provide a window into the challenges of life after wrongful conviction.

An essential first hand account of the Attica Prison rebellion, back in print for the 40th anniversary of the uprising.

The long-buried story of a Chicagoan's struggle for justice after four of his children perished in a tragic fire.

An in-depth critical analysis of how ruling elites use the police institution in order to control communities.

This book comprises a collection of groundbreaking writings by Marta Russell on the nature of disability and oppression under capitalism, including a discussion about disability and incarceration.

Faculty and instructors interested in adopting Haymarket titles for their courses can request Exam and Desk copies directly from our distributor, here.