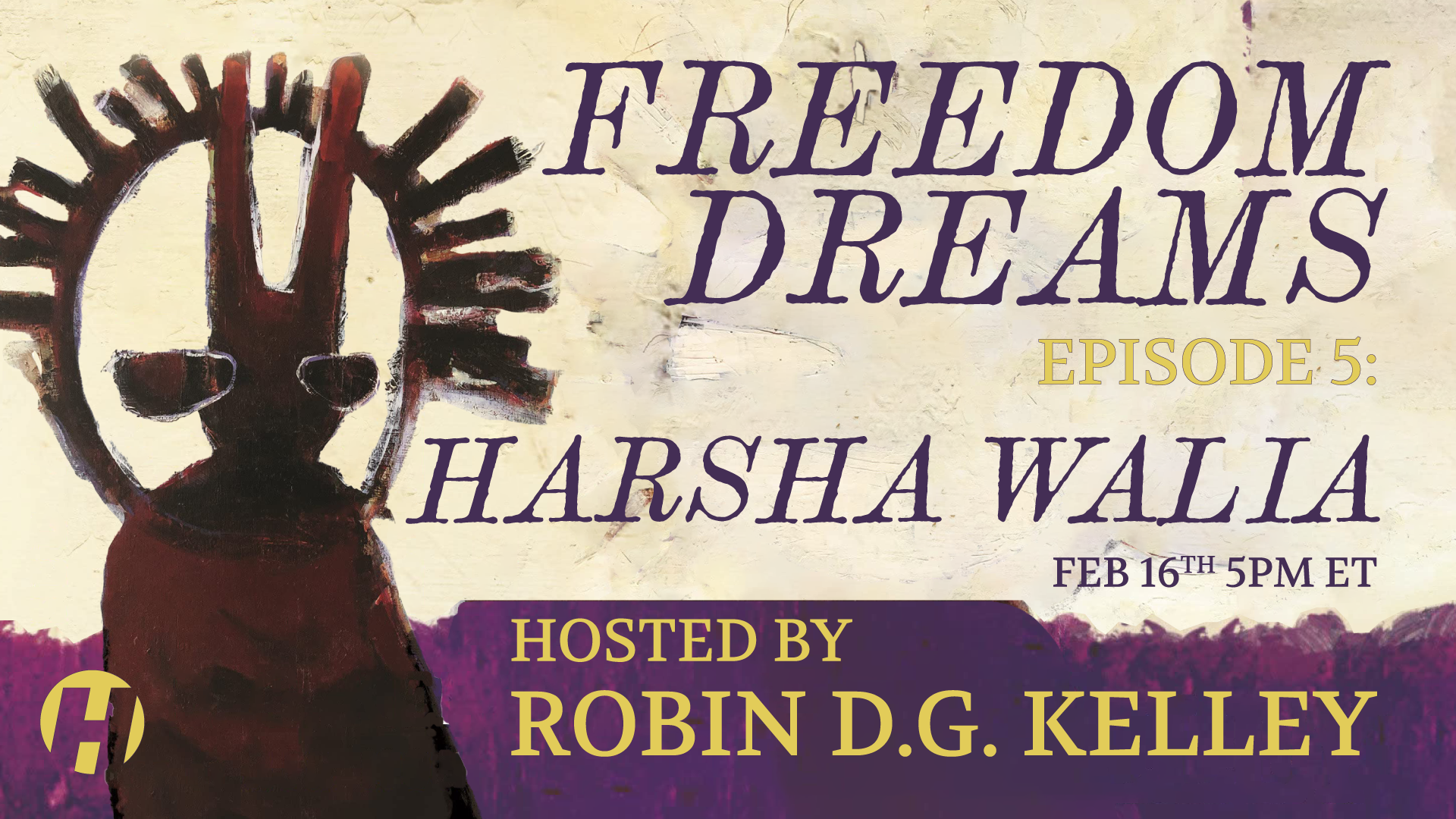 Freedom Dreams is a classic in the study of the Black radical tradition that has just been released in a new 20th anniversary edition. In this live event series, Robin D. G. Kelley will explore the connections between radical imagination and movements for social transformation with pathbreaking artists and scholars.

Harsha Walia is the award-winning author of Undoing Border Imperialism (2013) and, most recently, Border and Rule (2021). Trained in the law, she is a community organizer and campaigner in migrant justice, anti-capitalist, feminist, and anti-imperialist movements, including No One Is Illegal and Women’s Memorial March Committee.

Robin D.G. Kelley is Professor and Gary B. Nash Endowed Chair in U.S. History at UCLA. He is the author of Hammer and Hoe, Race Rebels, Freedom Dreams: The Black Radical Imagination, and Thelonious Monk: The Life and Times of an American Original, among other titles. His writing has been featured in the Journal of American History, American Historical Review, Black Music Research Journal, African Studies Review, New York Times, The Crisis, The Nation, and Voice Literary Supplement.