March is Women's History Month, and March 8th is International Working Women's Day. This year, women all over the world will demonstrate, strike, and continue to organize to highlight the struggles of women around the world.

Keeanga-Yamahtta Taylor, author of From #BlackLivesMatter to Black Liberation and an author of the US call for a Women's Strike on March 8th told Sarah Jaffe:

"At a very basic level, there is an understanding that the problems experienced by women in our societies today are rooted in an economic system that privileges the 1 percent over the 99 percent and that sometimes we think of women’s issues unto themselves, but really these are issues that arise out of an inherently unequal economic arrangement in this country. The fact that women make less, that women don’t have access to childcare provisions, that women don’t have access to reproductive healthcare. They are not just economic questions, but they are related to an economic arrangement that relies on the free labor of women to, in fact, reproduce itself as a political system."

In solidarity with the Women's Strike and beyond, Haymarket Books offers a reading guide for those looking for the history, politics, and inspiration, to learn from past struggles for women's liberation, and to participate in the many struggles to come. 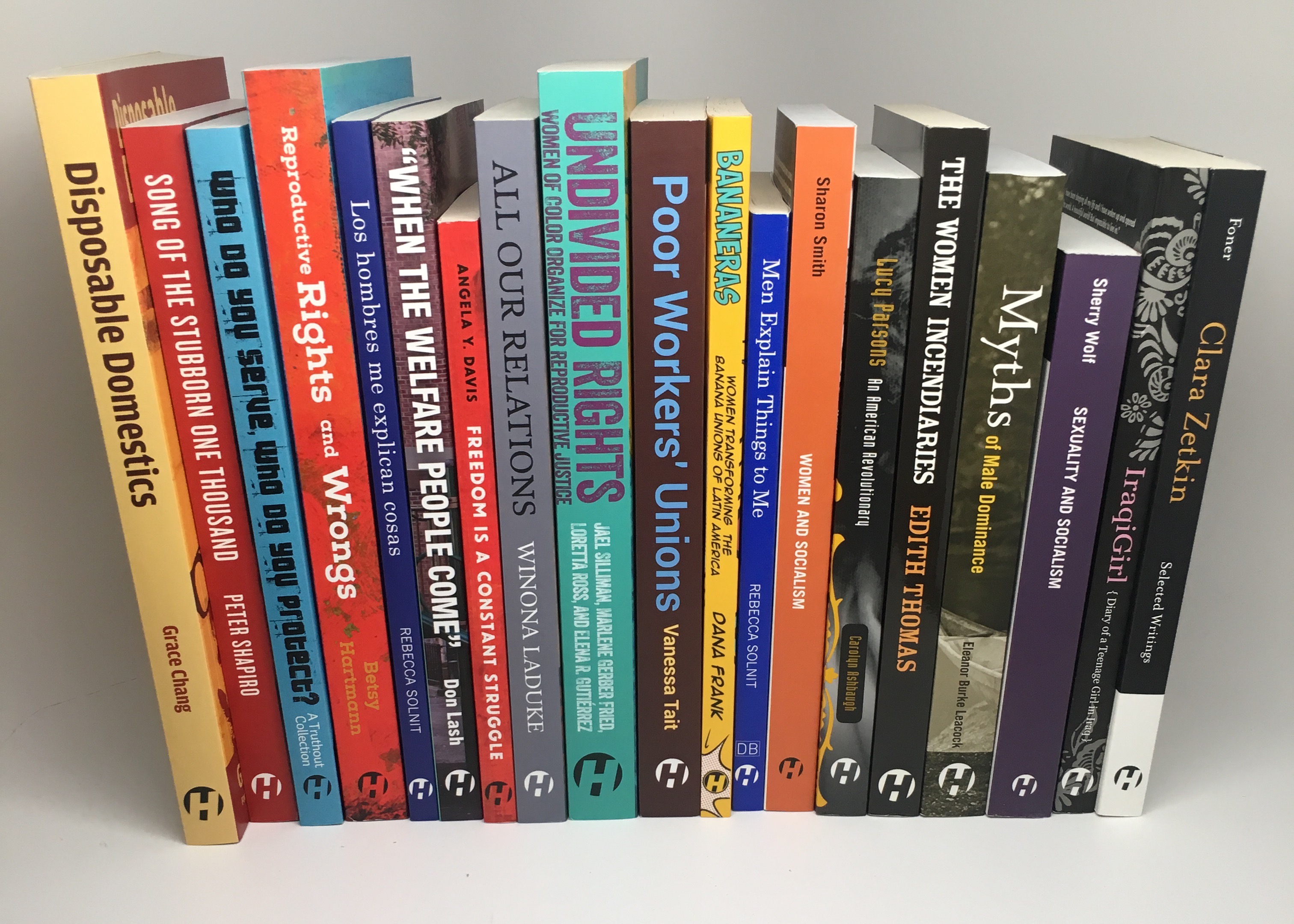 Freedom is a Constant Struggle: Ferguson, Palestine, and the Foundations of a Movement
By Angela Y. Davis

Men Explain Things to Me
By Rebecca Solnit

Poor Workers' Unions: Rebuilding Labor from Below
By Vanessa Tait

Song of the Stubborn One Thousand: The Watsonville Canning Strike 1985-1987
By Peter Shapiro

"When the Welfare People Come": Race and Class in the US Child Protection System
By Don Lash

All Our Relations: Native Struggles for Land and Life
By Winona LaDuke

Who Do You Serve, Who Do You Protect? Police Violence and Resistance in the United States
A Truthout Collection edited by Maya Schenwar, Alana Yu-lan Price, and Joe Macaré

The Women Incendiaries
By Edith Thomas

Sexuality and Socialism: History, Politics, and Theory of LGBT Liberation
By Sherry Wolf

IraqiGirl: Diary of a Teenage Girl in Iraq
By IraqiGirl