“We’re putting out books that speak to the current moment.”

Current Affairs Drive the Mission (and Revenue) at Haymarket Books

Haymarket Books has always prided itself on being a mission-driven press, rather than one that focuses on the commercial viability of its acquisitions. But the expansion of its list in recent years, including more books about hot-button issues by prominent authors, has dramatically boosted its top line. The publishing and distribution arm of the Chicago-based Center for Economic Research and Social Change, Haymarket is celebrating its 15th anniversary this fall. The company has 12 employees and finished the 2015–2016 fiscal year on August 31 with a 21% increase in revenue compared to the previous year. Fiscal year 2014–2015 was just as noteworthy, with a 25% spike in revenue.

"We're putting out books that speak to the current moment," said publicity director Jim Plank. "Authors are coming to us because they know that we're one of the best places to be if [they] are trying to publish a book about social justice." 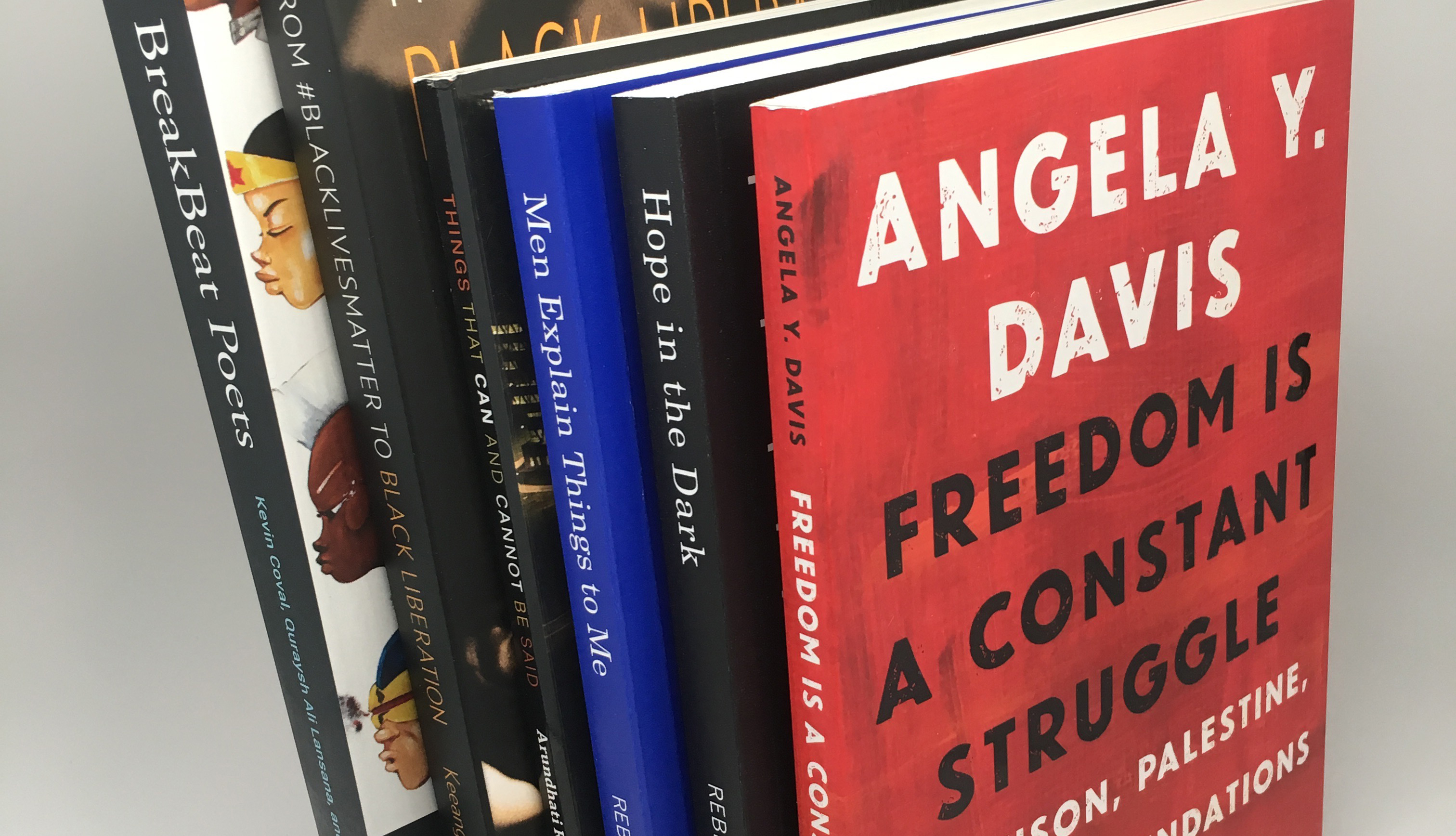 This month, Haymarket is releasing Arundhati Roy and John Cusack’s Things That Can and Cannot Be Said: Essays and Conversations, which are reflections on their conversations in Moscow with NSA whistle-blower Edward Snowden. In January 2017, Haymarket will publish former Chicago Bull Craig Hodges’s memoir, Long Shot: The Struggles and Triumphs of an NBA Freedom Fighter. And in June 2017 the house will release Assata Taught Me: State Violence and Mass Incarceration from the Black Panthers to the Movement for Black Lives by historian Donna Murch.

In fiscal 2015, much of the press’s increase in revenue was attributed to the success of Men Explain Things to Me by Rebecca Solnit, which was originally published in trade paper in 2014; mansplaining, a term Solnit coined in the title essay, has since entered the cultural lexicon. An expanded edition with two additional essays was released that same year in hardcover, followed in 2015 by an expanded edition in paper. Men Explain Things to Me has sold to date across all formats (print, digital, and audio) more than 100,000 copies. It has surpassed Haymarket’s previous top-selling title, Noam Chomsky’s 2010 release, Hopes and Prospects, which has sold 43,000 copies to date.

This past year, two frontlist releases inspired by the Black Lives Matter movement, as well as an anthology (not related to the movement) did well for Haymarket. Freedom Is a Constant Struggle by Angela Davis and From #BlackLivesMatter to Black Liberation by Keeanga-Yamahtta Taylor sold 16,000 and 13,000 copies, respectively. The anthology, The Breakbeat Poets: New American Poetry in the Age of Hip-Hop, edited by Kevin Coval, Quaysh Ali Lansana, and Nate Marshall, has sold 12,000 copies.

“It’s really a solid stable of multiple books that are driving sales,” Plank said, disclosing that, typically, Haymarket titles sell “from a few hundred copies to a few thousand” copies. There are currently approximately 520 Haymarket titles in print, with 20–25 titles published each season. Only about a dozen titles have been published in hardcover format; most are released in paper and digital formats. Though the press has previously published fiction, both for adults and children, it no longer does so, instead focusing on adult nonfiction. “We felt [fiction] was outside our core of competency,” Plank said.

Haymarket Books stopped publishing fiction, but it is moving in other new directions—for example, with poetry anthologies such as The Breakbeat Poets, and photography books, such as Devin Allen’s compilation of photographs of the protests in Baltimore in 2015 after the death of Freddie Gray while in police custody. A Beautiful Ghetto is scheduled for release in spring 2017.

Heading into the new fiscal year, Haymarket is being led by a couple of new Solnit titles. Her most recent book, Hope in the Dark: Untold Histories, Wild Possibilities, has sold 6,000 copies since its March release. In March 2017 Haymarket will release another book by her, The Mother of All Questions, a collection of essays about feminism and gender that is a follow-up to Men Explain Things to Me. The Mother of All Questions is scheduled for a 20,000-copy initial print run. “We expect that to do very well,” Plank said.